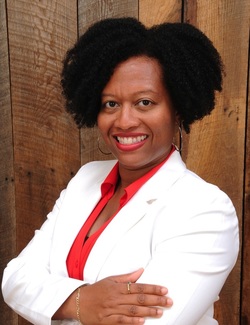 Throughout the years, Katherin realized she had challenges with not only being married, but also relating to her father, who had given up his parental rights when she was seventeen. Over the years, she met women, who like her had similar issues with either their husbands or fathers.

Some women were college educated and some were not. Some were old enough to be her mother, while others were her age. She met women who married one husband and others who had walked down the aisle several times. No matter their backgrounds, these women had a few things in common. They were unhappy with one or two areas of their lives, and they'd managed to keep it hidden from other friends and family members, or they were advised against their conscience by friends and family.

As Katherin found her way to happiness, she felt compelled to give other women a voice so they would know that they are not alone and they don't have to live in sadness. Consequently, The Unhappy Wife was conceived as a collection of short stories. Although stories are fictionalized, each is inspired by true marital events. With this book, Katherin hopes to not only help wives feel less alone, but also to inspire them to make healthier and intuitive decisions.

Similarly, her second anthology, Daddy: Reflections of Father-Daughter Relationships is a nonfiction collection, including 14 women's stories of their dysfunctional relationships with their fathers. These writers eloquently share the challenges they've had with their fathers, ranging from childhood, adolescence, and adulthood.